For a few marketers, like the team at Legendary Social Media, the word “social” still matters in social media. From the first days of Facebook, social networks were all about providing a platform for people to connect and communicate easily, online. Twitter, though, has lost its way.

First, let me clarify: Twitter isn’t a lost cause. There are still amazing, active communities of friends and strategic connections on Twitter. They exist, and they love the platform. For businesses using Twitter in their social marketing strategy, the platform can hold a lot of value. For some, not for all.

Before we answer that, here are some Twitter usage statistics:

Tom Webster authored a blog post in 2014 pointing out Twitter’s decline even then. In his article, he writes:

And on another note, despite implementing Twitter images for better visual marketing, Twitter still feels like a mainly text-based platform, whereas other networks have really adopted the visual marketing trend is a much more serious way.

The social part of social media is missing from Twitter

Have you been on Twitter lately? Here’s a challenge.

Tweet to a few local businesses or organization, maybe about an event they’re hosting. See how many reply to you.

Try sparking a conversation about something happening in your city or neighbourhood by using an appropriate hashtag. Here in Vancouver, I’d use something like #kitsilano or #yvrevents. How many people respond to you?

Chances are, the response you’ll get most often is a ‘like’ for your tweet. How rewarding is that, really? You’ve reached out to a business with a compliment, or helped them spread their news with a retweet and the thanks you receive is a like?

How hard is it to just tweet a “Thank you”?

The fact is, the number of Twitter users willing to have a real conversation on Twitter is diminishing. The social aspect of the social platform is petering out.

As a normal person who uses Twitter from time to time, it’s sad to see that businesses don’t use Twitter as a way to connect with real people (read: customers) anymore – not like they used to at least.

Maybe there are just too many companies/businesses on Twitter.

Maybe it’s the overuse of scheduling software like Hootsuite and TweetDeck. These tools allow businesses to have one-way “conversations.” They send out tweets, but never check for replies.

Here are our tips for businesses to get it right with Twitter:

Think Twitter has lost its “social” status? Do you use Twitter? Tell us what you think in the comments section! 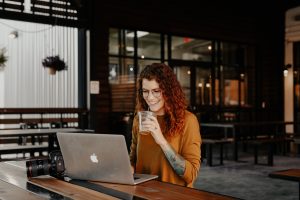 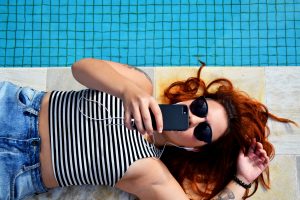